-Before meeting the ambassador, I conducted a small survey with young Vietnamese people about Sweden and your big businesses. Many people share their regret when some brands like Ikea have not opened in Vietnam, and H&M is just in the plan...

- Many large Swedish companies are also doing very well here. They find the Vietnamese market very dynamic and interesting, especially the growth of the middle class as well as the dedication, capacity, and management skills of Vietnamese people.

To promote trade between the two sides, Sweden currently has no large-scale projects, but only a number of small projects that are being discussed and implemented in the near future.

We have opened direct flights from Stockholm to Phu Quoc every week. I believe the Swedes love this island and they will definitely come back.

Volvo also has branches in Ho Chi Minh City and Hanoi. IKEA furniture company too, I think sooner or later they will appear in Vietnam.

Ambassador Pereric Högberg said Sweden is an important friend of Vietnam and both have common interests in continuing to move this relationship into the future.    Photo:  Viet Hung.

- Two-way trade turnover of the two countries has only reached more than 1 billion USD . In your opinion, which areas should the two countries focus on developing cooperation to further promote bilateral economic and trade relations?

-   The number 1 billion can be even bigger. Potential areas that Swedish companies are eager to cooperate with are telecommunications and manufacturing. We have a number of strong companies active in infrastructure projects, road construction, airports and more. And more importantly, create smart cities with superior management to cope with the growing number of residents. I think Sweden has a lot of experience in this area.

Another sector is retail. The Vietnamese market is growing and Sweden has a lot of products that can meet this demand.

Don't worry about closing the Swedish embassy in Vietnam

-Looking back at the Vietnam-Sweden relationship, as the Ambassador shared, it is a good and sustainable relationship. However, that relationship also faced sad times when in 2010, it was reported that the Swedish Embassy in Vietnam had to close due to budgetary problems. In the current European economic landscape, will that happen again?

- Talking about the European economy, I can proudly affirm that Sweden is currently one of the countries that are doing very well.

In 2010, the Swedish government decided to close a number of embassies around the world, including Vietnam. But we later withdrew this decision. I can't say anything in advance, but right now I don't feel there is any reason to close the embassy.

Along with that, Vietnam's role in the region is increasingly being consolidated, both in economic and political aspects. The Swedish government will continue to maintain relations with the Vietnamese government to share concerns about the world situation.

Personally, I think there will be no need to worry about closing the embassy, ​​on the contrary, this bilateral relationship will develop even better.

Mr. Pereric Högberg said that Vietnam's role in the region is increasingly being consolidated, in both economic and political aspects, and Stockholm will continue to maintain relations with Hanoi in order to share concerns about the region. world situation. Photo: Viet Hung.

- About 2-3 years after the decision to close the embassy, ​​the agency is still operating normally and even Sweden has opened a commercial office in Vietnam. This is considered a positive sign. You also just talked about Vietnam's role in the region, can you say more about what Sweden is doing to capitalize on this?

- It is completely correct that the Swedish Embassy in Vietnam focuses on trade and economy. We have a commercial office and 4 specialized staff in this field. This benefits both Sweden and Vietnam.

Ambassador Pereric Högberg was born on September 17, 1967. Now he has a wife and two children. Mr. Pereric Högberg Graduated from the Faculty of Political Science, Uppsala University, Sweden in 1992.

Before becoming Ambassador Extraordinary and Plenipotentiary of the Kingdom of Sweden to Vietnam, Mr. Pereric Högberg was Deputy Director General, Africa Department, Ministry of Foreign Affairs of Sweden.

Sweden have been trying to share our experiences and give advice to Vietnam.

Sweden has a long coastline and is located near Russia which is a big country, so is Vietnam, this is the common point between the two countries.

In particular, Sweden has a lot of experience in economic development along with environmental protection. In the 1970s, you couldn't even swim in Stockholm because of water pollution. Now, the situation has improved, one can swim in any lake in the city. In addition, we also have experience in the field of energy capacity, using renewable energy and environmentally friendly means of transport.

Personally, I also really like ASEAN and its development. I am trying to explore, attend and understand more about ASEAN through meetings, seminars and meetings with representatives of ASEAN member states in Vietnam.

- What is the prospect of ratifying a free trade agreement (FTA) between the EU and Vietnam, ambassador?

- As you know, the Swedish economy depends a lot on free trade, because we believe in globalization and its benefits for everyone. Regarding the ratification of the FTA with Vietnam, the European Parliament will be the decision-making body.

I think ratification of the FTA is possible and will happen as soon as possible. I like this agreement because it addresses many important issues related to the environment as well as the rights of workers. This is one of the top issues in Sweden.

If you are looking for custom baseball jersey, visit Tatkuink now!

Therefore, I hope that the FTA will be ratified soon to bring more benefits in terms of economy as well as enhance mutual understanding between Vietnam and the EU.

- In your opinion, what are the challenges in ratifying the free trade agreement between the EU and Vietnam?

- Of course there will be many challenges. If you pay attention, you will see that the European Parliament is an important body in making decisions of the bloc.

I know this isn't simple, but it's doable. Both sides will need to be open and frank, ready for dialogue based on existing principles and platforms. Openness and frankness are the keys to solving problems 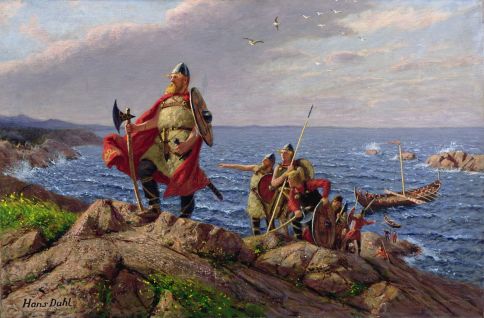